Bringing the Flying Scotsman back to life

With Flying Scotsman now taking shape in the Bury workshop of Riley & Son (E) Ltd, the National Railway Museum, which marks its 40th anniversary this week, is in the last phases of a complex £4.2m project to bring a steam legend back to life. Museum Director Paul Kirkman gives us a whistlestop tour of the latest stages of the decade-long restoration and the museum’s exciting plans for the return of this cultural icon in 2016.

Star of the 1924 Wembley Empire exhibition and the first British talkie movie, in its heyday Flying Scotsman thundered down the East Coast Main Line, a symbol of modernity and British engineering prowess. The quest to bring this legendary locomotive back to the tracks for a new phase in its rollercoaster career has been a long but worthwhile journey. 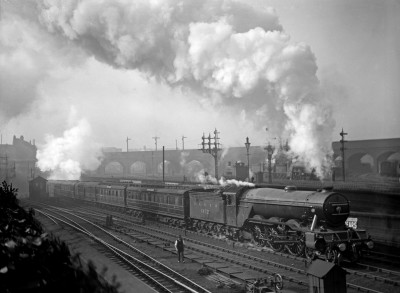 The last two years of the project have involved taking the 1920’s loco apart and building it back up from the bare bones, the frames, to correct the alignment of the cylinders. I’m pleased to say we’ve passed the major milestones and we’re now in the process of fitting the equipment that makes Scotsman fit to run on today’s mainline rail network. We’ve just announced when and where fans can see Scotsman in steam, and anticipation is building that our celebrity locomotive’s return home can now be counted down in months and weeks. 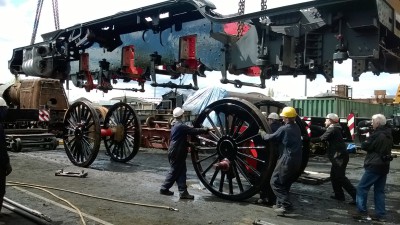 We’ve had lots of help along the way to make its comeback possible. Flying Scotsman went into public ownership in 2004 when the Museum bought it on behalf of the nation for £2.3 million. The appeal to keep this globetrotting steam superstar in Britain was supported by a £1.8 million grant from the National Heritage Memorial Fund and the generosity of the public. The restoration has also been undertaken with the help of a Heritage Lottery Fund grant of £275,000.

It’s thanks to the patience and unwavering support of these organisations and the public that from early next year this cultural icon will be able to be seen around the UK as a working museum exhibit, demonstrating the engineering science behind steam traction to new generations of Scotsman fans.

We’re now looking forward to the world’s most famous locomotive’s return to the spotlight and its first official journey will be a London to York inaugural run in February which will form a grand opening for our 6-month Scotsman season. 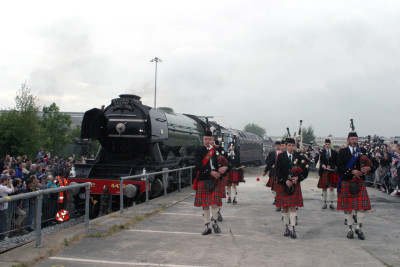 Along with all our generous supporters for the purchase and subsequent restoration, we have all been looking forward to Flying Scotsman being back in steam and being enjoyed by the thousands of people who will ride behind it and catch a glimpse as it travels past. With its new BR Green No. 60103 guise, Flying Scotsman will be starting a new chapter in its colourful history as the oldest mainline working locomotive on Britain’s tracks. 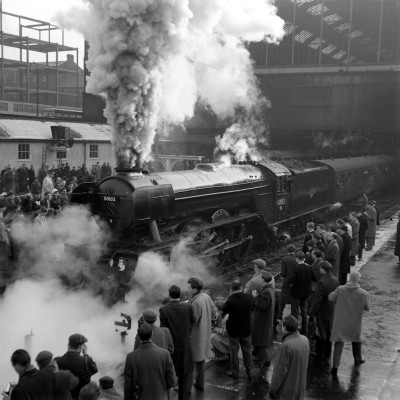 As a national museum, we are committed to ensuring that as many people as possible can enjoy our remarkable collections, including icons like Flying Scotsman, and when it is not on Britain’s tracks it will return home to the museum so people can get up close.

Our new gallery exhibition opening in Feb will explore the highs and lows of Scotsman’s career in the spotlight. In March, a Flying Scotsman display in our Hall of railway greats will allow visitors to step on board the most famous train in the world and learn about the style and speed of the luxury service between London and Scotland through the eras. The season’s finishing flourish will be the chance to see Flying Scotsman in steam at the National Railway Museum’s second site in Shildon Co. Durham. 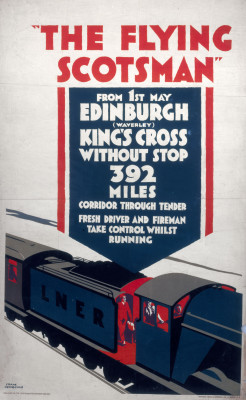 Working closely with the team at Riley & Son (E) Ltd who are managing the operation of the locomotive for a period of two years and various rail tour operating companies and heritage railways we have chosen locations that cover a much of the UK, North, South, East and West, including Scotsman’s former stamping ground, the East Coast Mainline. Scotsman will also be in Scotland for the first time in 16 years. Keep checking our website for the dates and locations yet to be announced!”

Find out more about the Flying Scotsman on the National Railway Museum website.