Today, 25 October, is the 600th anniversary of Agincourt, Henry V’s victory against the French.Anne Curry, Professor of Medieval History at the University of Southampton discusses the history of the battle and talks about the work of the charity Agincourt 600.

The battle forms part of the Hundred Years War where English kings claimed to be the rightful rulers of France. Henry invaded in 1415 with the aim of conquering Normandy, but the sickness of his soldiers at the siege of Harfleur persuaded him to cut his campaign short. 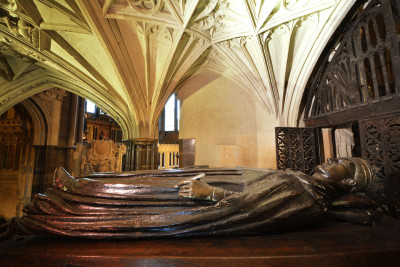 As he marched northwards towards Calais the French intercepted him. The rest, as they say, is history. Over the six centuries which have followed, Agincourt has been much remembered. William Shakespeare is largely to thank for this: Henry V, the first play to be performed at the newly built Globe Theatre in 1599, contains some of his most famous speeches, much quoted in time of war.

At the 500th anniversary of the battle in 1915 French troops invited British soldiers to join with them on the field of Agincourt ‘for a joint celebration of an ancient battle day of honourable memory to them both’.

The Agincourt 600 Charity was established in 2014 to commemorate both French and English who fought bravely under extreme conditions and the families back home who sustained them, to promote international knowledge and understanding, and to support disabled archery. 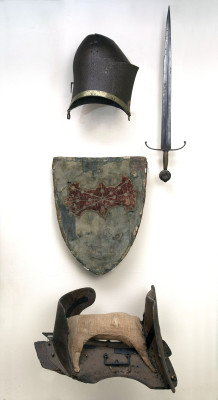 Following the award in the Budget of March 2015 of £1m to contribute to the costs of events and educational activities organised by Agincourt 600 and subsidiary organisations to mark the 600th anniversary across the UK and Europe, the Agincourt Commemorative Fund was established. This has already supported several community activities, including an archery competition at Chatsworth, history festivals in Hampshire and Wales, and musical compositions and performances in London, the Midlands and the South.

On the actual anniversary a new memorial stone supported by the Fund will be inaugurated at the battlefield itself. Four days later, 600 years since the news of Henry V’s victory arrived in London, a service will be held in Westminster Abbey where French and English will join in commemoration.