In the last few weeks Rugby World Cup 2015 has captured the imagination of millions of fans around the world, and as the pool stages have now finished, we can reflect on a tournament that has already produced some competitive and compelling rugby and record breaking levels of engagement.

Rugby World Cup 2015 is set to be the biggest Rugby World Cup to date with over 2.41 million tickets sold across all 48 matches. As a result, our 13 venues up and down the country have been full of vibrant fans in full voice, supporting all twenty competing nations, in a carnival atmosphere. 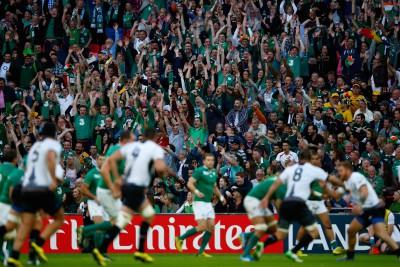 Closely-fought matches and unexpected results have characterised the pool phase and have delivered the lowest average winning margins of any tournament to date.

Over 1.8 million fans attended the pool phase matches and we have seen stadium and tournament attendance records at Stadium MK and Wembley.

As an Organising Committee, we are very proud to be delivering our vision to welcome the world to rugby and to England. The Pack (our volunteers) have done a tremendous job across the tournament ensuring that fans have a brilliant day out and adding that extra special layer of enthusiasm to everything they do.

The host cities and venues deserve great praise for the welcome they have given to fans and for the 40 fantastic matches that they have hosted to date. 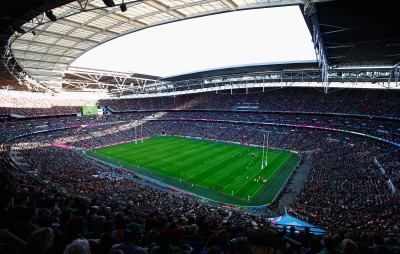 The knock out stages promise to provide a spectacle and showcase the very best rugby and we wish every team, including the home nations of Wales, Ireland and Scotland every success in their forthcoming contests.

This tournament will inspire a new generation to play and be part of the game and, as the Organising Committee, we support the RFU in all they are doing to ensure that Rugby World Cup 2015 leaves a sustainable legacy.

Around the country the Festival of Rugby, a way for any event with a link to rugby to be part of the game’s biggest year, has engaged with over a million people and nearly 1000 events nationwide.

We are very grateful for the hard work and unwavering support that all our stakeholders, host cities and delivery partners have given us to date. Special thanks go to the Department for Culture, Media and Sport for their expertise in helping us deliver what has already been an unforgettable celebration of rugby.