We are now a day away from one of the biggest matches in British Tennis history – the Davis Cup by BNP Paribas final against Belgium in Ghent.

I can’t believe how quickly time has flown since the last ball was hit in Glasgow in the memorable 3-2 semi-final victory over Australia back in September.

Since that deafeningly loud weekend I have been incredibly busy trying to ensure everything logistically is ready for the final and the team is prepared as best as possible, a captain’s job never stops!

Most recently I went to South America for a couple of weeks with James Ward and Kyle Edmund. Then I was in London with Andy and Jamie Murray who were competing at the Barclays ATP World Tour Finals and the rest of the team who were at an indoors training camp at The Queen’s Club. 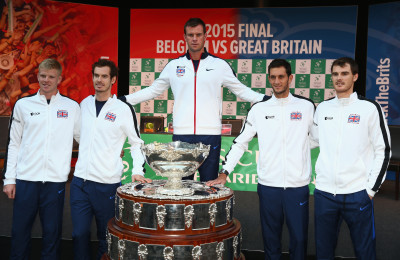 There has been plenty going on but that is actually a good thing as otherwise it could be easy to start thinking about ‘what if’s’ and what it could be like.

One thing we do know for sure though is the impact a major event such as a Davis Cup final can have on inspiring people to play and get involved in sport. We have seen over the ties so far how much the visibility of tennis has been raised and I am sure the final will be another boost for the sport at all levels across Britain.

To explain a little bit about the Davis Cup, it is essentially the World Cup of tennis and the biggest team competition in the sport. It is a huge achievement already to have beaten the three other Grand Slam nations USA, France and Australia to reach the final, something we haven’t done since 1978 or indeed won since 1936.

Just five years ago when I was named captain we had to win a play-off against Turkey to avoid relegation from Europe/Africa Zone Group II, a long road away from where we are now. If we had lost, we would have been in the lowest tier of the competition.

I will reflect more on the pride of the journey we have been on when we finish this campaign but when you look at what the players have had to go through in those years, and this year in particular, there have been some brutal matches and everyone has put so much in. We should be brimming with pride. 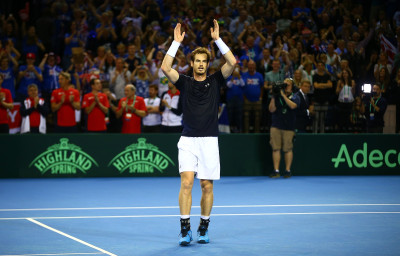 The support this year has been out of this world and we can feel the benefit without a shadow of a doubt. It is why the players really enjoy representing their country at the Davis Cup and everyone can see the commitment they have to the team.

One of the big reasons is that the environments we walk out in, like we have seen in Glasgow and at The Queen’s Club, have just been phenomenal. I would like to thank everyone who has supported us along this journey.

We can feel the whole country is behind us which is very special. I know all of the fans who have travelled to Belgium will make as much noise as possible to give the players that added energy and pick up during tough moments. You are part of this team.

Belgium might be surprise finalists but they will be really tough as they have both home and court surface advantage. Their players have been playing on clay since they started playing tennis, it is their surface.

In David Goffin, who is No.16 in the world, they have a class act who has got a very good Davis Cup record. Steve Darcis is also highly experienced in the competition and did very well in the semi-finals.

It will be difficult but with that said we have got a good team and have good strength in depth. We should be confident but need all the support we can get so Back The Brits!

Davis Cup Explained: Davis Cup ties are played over three days, Friday to Sunday. There are five matches, known as rubbers, the winner being the first to win three rubbers. The competition begins with two singles rubbers on the first day (Friday), a doubles rubber on the second day (Saturday) and finally two singles rubbers on the third day (Sunday). All rubbers are the best out of five sets and the home nation chooses the venue and court surface.