Korean Film has a long, proud history dating back to the 1930s, however, it has only been in the last 20 years that we have seen Korean cinema truly take its place on the world stage.

In 10 short years the London Korean Film Festival has become the largest overseas festival of Korean film in the world, this rapid growth and constant evolution could only have happened in London. With its diverse, and highly educated cinema audiences, London has long welcomed cinema from across the globe especially at the BFI. However, it is clear that these audiences have taken Korean film to their heart, this is because UK audiences are incredibly receptive to quality film making and appreciate that like the UK, Korea is a global leader in cinema production and post production.

Our Opening and Closing Galas at this years London Korean Film Festival include the box office hits ‘Love and…’ and ‘Ode to my father’ and with so many Korean festivals now taking place in countries from Jamaica to Jordan and everywhere in between, you are never too far from a Korean film screening. Audiences here in London, however, are particularly lucky, as we will be screening 52 films across 10 different strands, with each strand honouring our 10th anniversary. 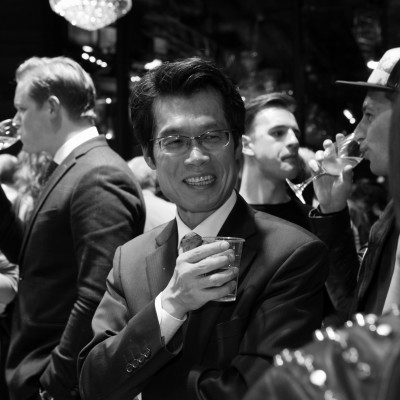 The Korean film industry is quite unique in the sense that domestic admissions for Korean and foreign films are split almost 50-50. This equal split has enabled the industry to develop local talent and continually produce high quality films that are enjoyed across the world. This can be seen with our screening of ‘The Veteran’ another of Korea’s 10+million admissions films. With domestic cinema admissions consistently exceeding 200 million tickets per year, from a population of only 50 million or so, it’s clear that Korean people are very supportive of their film industry.

This support is partly why the London Korean Film Festival has been so successful and why we pride ourselves on being one of the most accessible film festivals in the UK. This accessibility would not be possible without the support of the actors, directors, producers, writers and cinematographers who freely attend the Festival each year and give their time for audience Q&As, university masterclasses, forums and talks. What’s more, the Festival would not exist without the close partnerships we have built with thriving and enthusiastic local cinemas and cultural institutions in the capital, who have welcomed the Festival into their annual calendar.

Over the years the Festival has toured over 20 UK cities alongside the annual showcases in London, this unique aspect to the Festival has helped British audiences to discover more about Korean culture and enabled the Festival to cement its place at the centre of the UK-Korea relationship.  With strong cultural ties, and sound economic benefits to both countries the London Korean Film Festival has become a model for bilateral, cultural cooperation.

And, with so many additional events alongside 52 screenings, we hope that you can join us for the 10th London Korean Film Festival.

Kabsoo Kim is the Director of the London Korean Film Festival

A full programme of events is can be seen at http://koreanfilm.co.uk