How the WW1Repairs Fund has helped St Albans Cathedral

St Albans Cathedral Administrator and Clerk to the Chapter

St Albans Cathedral Administrator and Clerk to the Chapter Heather Smith reveals how the First World War Cathedral Repairs Fund has helped secure essential repairs and gives an insight into the building’s history.

The fabric of England’s ancient cathedrals has always been at the mercy of history. These precious buildings each have a fascinating story to tell of rise and glory, wars and destruction, beautification and iconoclasm, decay and restoration. The First World War Centenary Cathedral Repairs Fund is now playing its own very important part in this history. 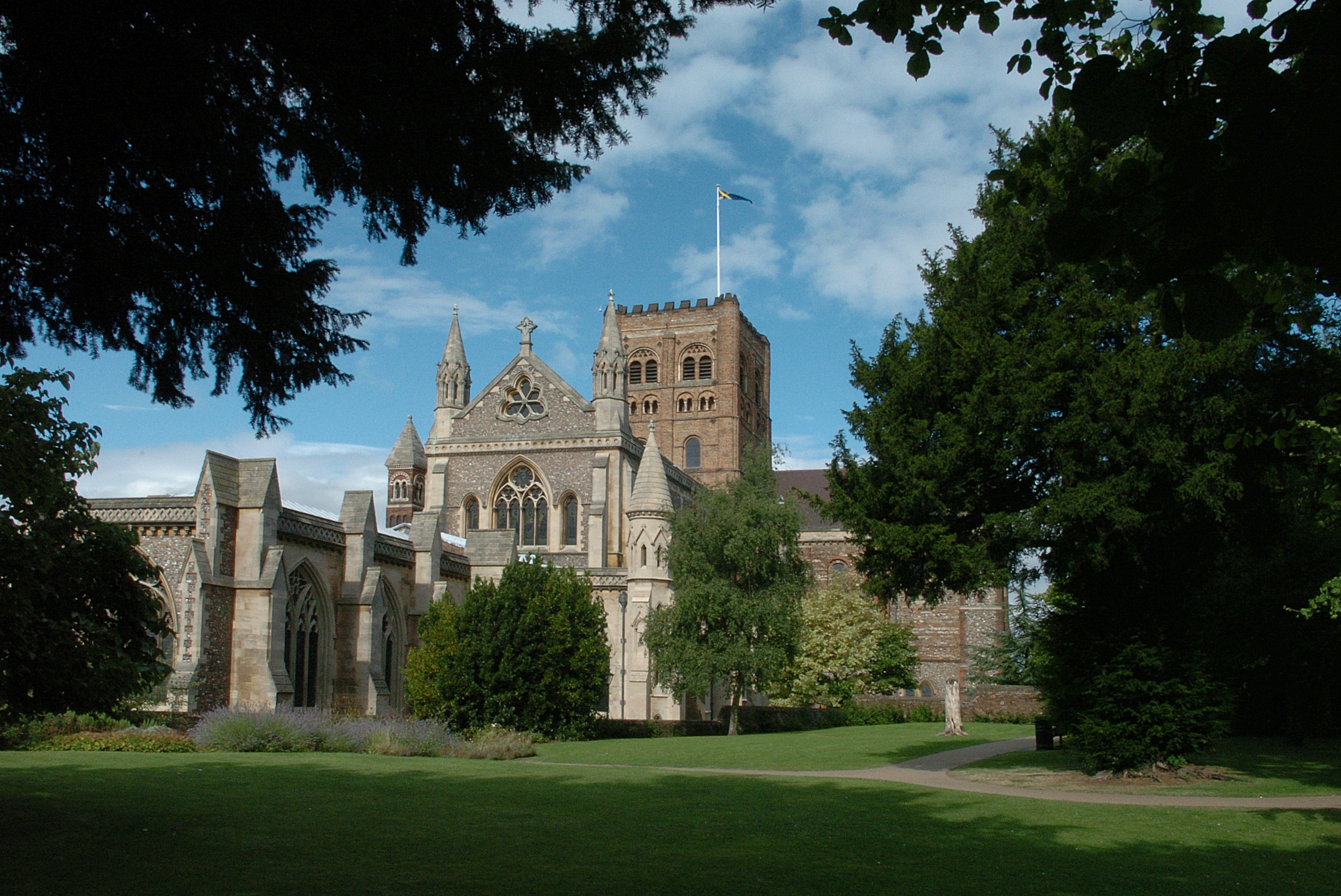 St Albans Cathedral (the Abbey church became a cathedral in 1877), built on the site of the execution of Britain’s first Christian martyr, Alban, in about 300 AD, reflects the tastes, conceits and scars of seventeen hundred years of continuous Christian history. Rising on the side of the hill, visible from miles around, but strangely invisible from the centre of the town, St Albans Cathedral is an eclectic mix of architecture. The intact Norman tower, nave and transepts were built by Paul of Caen (cousin of William the Conqueror) in the eleventh century using recycled Roman bricks from the, by then, derelict ghetto of the former Roman city of Verulamium. Pillars from the early Anglo Saxon church were also reused. As St Albans prospered to become one of medieval England’s premier abbeys, so rich and ambitious abbots extended the nave and added gothic chapels, wall paintings, saints’ shrines and a Lady Chapel. But decay followed: the Wars of the Roses were fought on its steps; Henry VIII’s marital difficulties led to the dissolution of the monastery; saints went out of fashion and their relics and shrines were damaged, destroyed or stolen; anything left was used for target practice when Roundhead troops rampaged through the church during the English Civil war – the holes made by their bullets are still visible in the nave screen.

The Abbey Church was saved by the townspeople who bought it from the Crown in 1553 for £400 and made it their parish church. But the wealthy abbots had gone and their assets were no longer available to keep the Abbey Church in good repair. By the mid-nineteenth century the great church was in a parlous state and the nave no longer useable. Sir George Gilbert Scott was appointed architect in 1856 and worked on restoration of the church until his death. Funds were still short until the controversial Edmund Beckett Denison (later Lord Grimthorpe) appeared and agreed to pay for the work himself, provided that his own designs were used. To some he was a hero who saved the church from further decline, but certainly “to grimthorpe” a building is now adopted in architectural jargon and means “to remodel (an ancient building) without proper knowledge or care to retain its original quality and character”.

Since Lord Grimthorpe, much greater oversight has, rightly, been placed on the care of cathedrals and every five years each cathedral commissions a detailed review of the state of its fabric together with a costed plan for repair and restoration. The cost runs into many millions of pounds. St Albans Cathedral does not charge an entrance fee and, like every other cathedral is constantly seeking novel ways to raise funds to cover at least the very top priority repairs. But this is not straight forward and it is often much easier to raise funds for an embellishment than for maintenance and repair.

The Government’s Cathedral Repair Fund has made an incredible difference. At St Albans, we received an award from the first tranche to repair and clean the stonework in the magnificent West Porches and to clean the Sir Ninian Comper WW1 memorial window above them – a high priority in our Quinquennial Review and it has given the Cathedral an entrance fitting for services to commemorate the Great War. Last week we heard we had been awarded a second grant, this time to repair stonework and rain damage at the east and south sides of the building – much needed work and another Quinquennial priority.

Whatever your religion or none, England’s Cathedrals are national heritage treasures and each generation has a responsibility of stewardship to leave them in as good a state as we can for future generations to enjoy. The Cathedral’s Repair Fund is making a major contribution to this task. The Dean and Chapter and the community of St Albans Cathedral are hugely grateful.