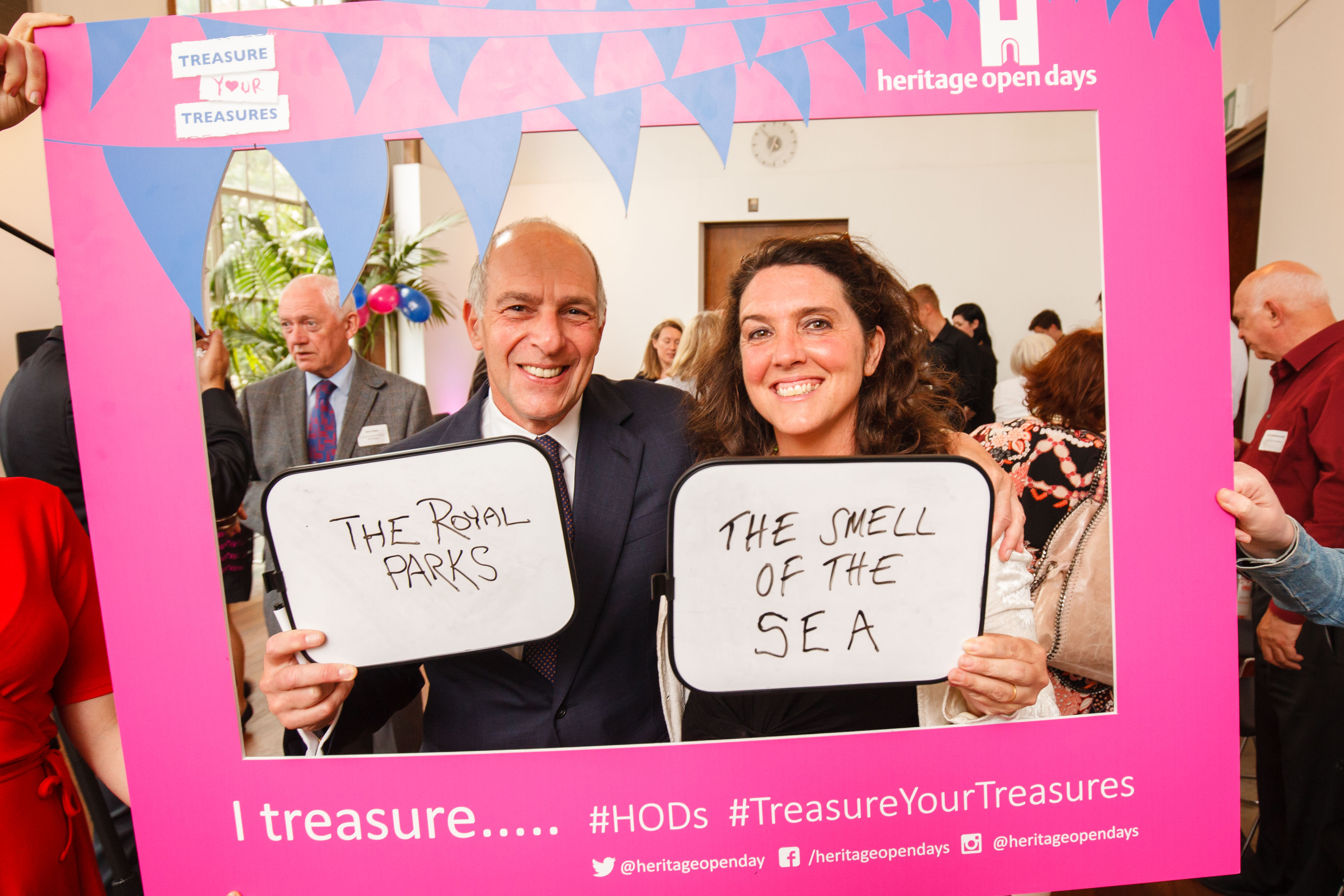 We knew we were on to a winner when our celebrity supporters Loyd Grossman OBE and Bettany Hughes accepted the opportunity to pose together in one of our giant pink HODs ‘selfie’ frames at the launch of this year’s festival at RIBA. Since registration opened for Heritage Open Days on 1 March over 5000 event organisers have jumped on board with this year’s ‘Treasure your treasures!’ theme, which is a massive 10% increase on last year’s total of events showcasing hidden histories across England.

Going from strength to strength

Between Thursday 8th and Sunday 11th September 45,000 volunteers will be stepping up to the mark to open wide the doors of historic buildings, giving their time, creativity and skills in a cavalcade of free walks, talks, tours, open houses, exhibitions, performances and demonstrations in the festival. Since the festival began with 701 events in 1994, Heritage Open Days has grown each year with over 3 million visitors expected to enjoy the free-to-access events and activities over four days this week. 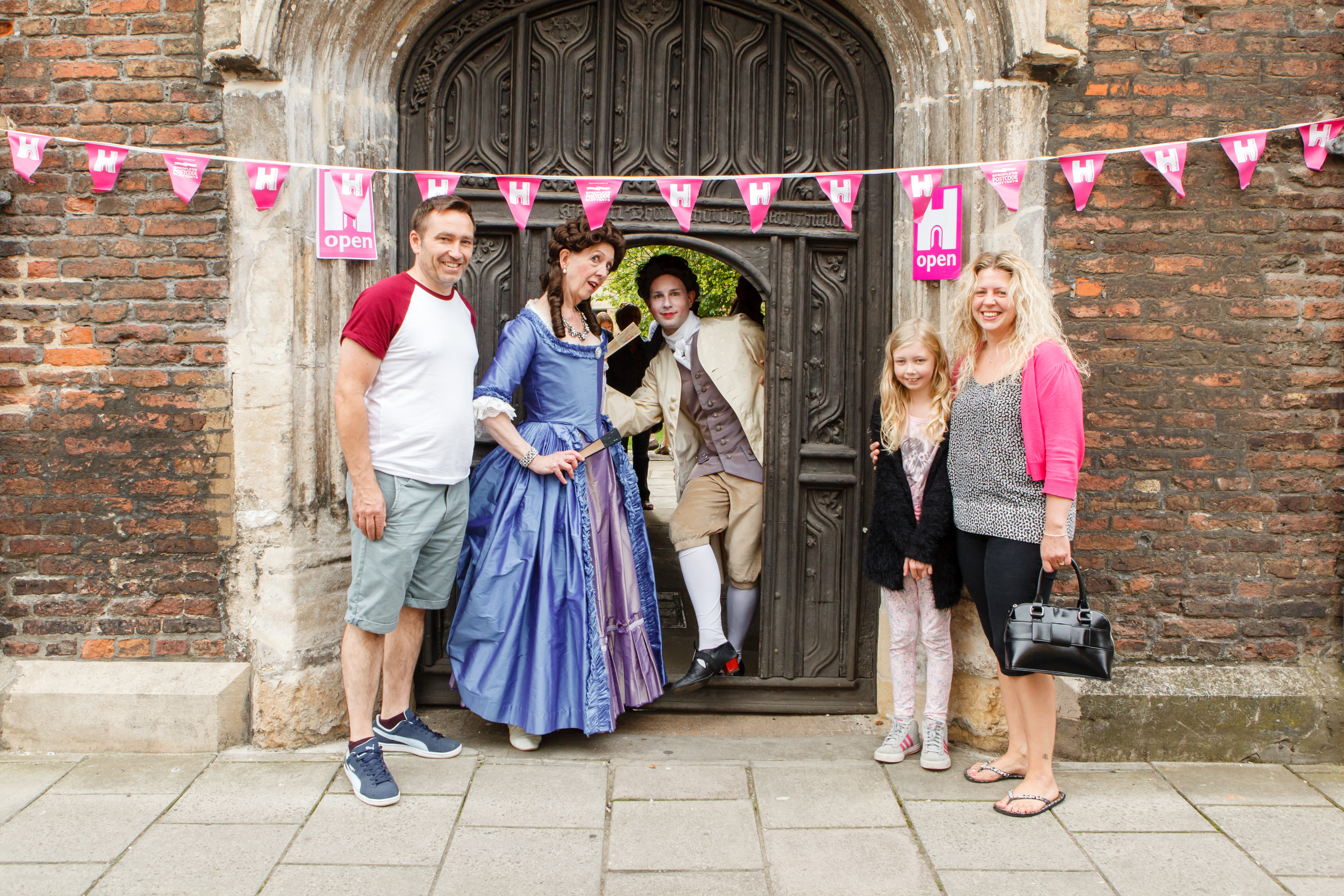 Our collaboration this year with the Central Council of Church Bell Ringers to open up bell towers has created a flurry of media interest in the 300 year old tradition of change ringing. An increasingly diverse self-curated programme includes brand new regional hubs being created with involvement from multi-site partnerships including Winchester and also Buxton. Knutsford’s scaled up involvement includes local people, VIPs and celebrities like George Osborne, Dame Helen Ghosh and Raymond Blanc following in the footsteps of King Canute taking a giant’s stride to cross the tiny River Lily.

It’s hard to pick highlights but events that booked up within hours include exclusive public access to places such as the French, Portuguese and Danish embassies in London and the Liver Building in Merseyside. All castles, forts, follies, towers and cottages of the Landmark Trust sites will have free access. There’s also free entry to several stunning gardens marking the Capability Brown Tercentenary including Burton Constable in Yorkshire and Bowood House and Gardens in Calne, Wiltshire. National Trust properties waiving entry fees for Heritage Open Days include Thomas Hardy’s Cottage in Dorchester, St Bees Head Fog Horn Station in Cumbria and Chedworth Roman Villa in Cheltenham, Gloucestershire.

I’m partial to a bit of costumed interpretation and an old fashioned cavalcade so I particularly love Coventry’s spectacular pageant with Lady Godiva to commemorate the 1,000th anniversary of Coventry whilst a display of boats in Worcestershire will mark 300 years since the birth of the father of English canals, James Brindley at Stourport Canal Basins.