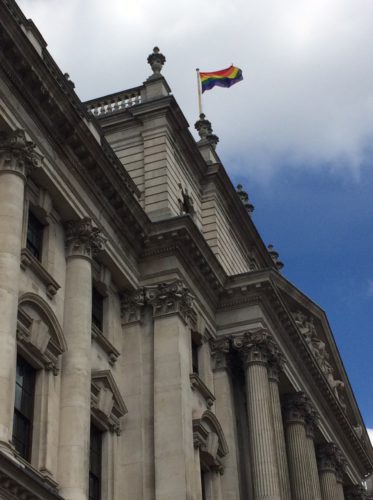 You may have noticed the rainbow flags flying high above 100 Parliament Street, one on each side of the building. I hope so. There have been too many tragic reasons for our flags to fly at half-mast in recent months. We should welcome any chance to celebrate.

There are two occasions when we fly the rainbow flag, on International Day Against Homophobia on 17 May, and in London LGBT Pride week (3-8 July), which is what we are marking now.

Some of you may wonder why a rainbow flag is used. It grew out of a challenge from the famed gay rights campaigner Harvey Milk to his friend and associate Gilbert Baker to produce a positive symbol of gay pride. The movement was then using the pink triangle, reclaimed from the Nazis who had used it to identify and persecute gay people. Milk wanted something untainted by such negative associations.

So Baker produced the rainbow flag, eight strips of brilliant colour that first flew over the streets of San Francisco in 1978. Each colour represented something for Baker: pink stood for sexuality, red for life, orange for healing, yellow for sunlight, green for nature, blue for art, indigo for serenity and violet for spirit. Over the years some colours have been lost – simply because certain fabrics weren’t available when the flags were first mass produced – and now the diversity of colour is more often said to represent the variety of human sexuality. 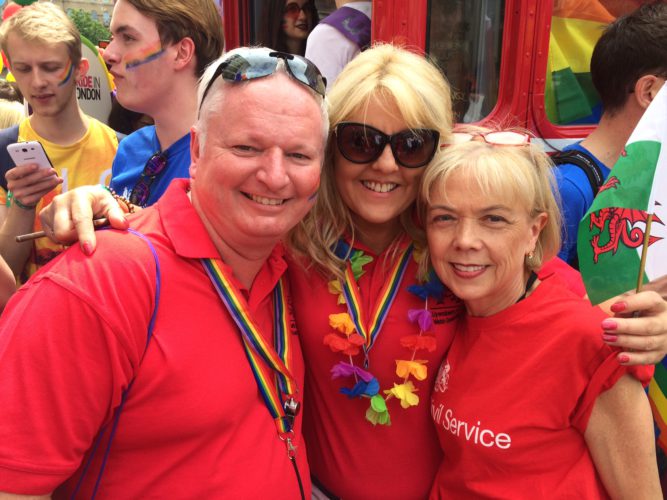 Many other government buildings are flying the rainbow flag this week, but DCMS has particular cause to take pride in its flag. In 2013 when the Marriage (Same Sex Couples) Act received Royal Assent, the Government Equalities Office was still part of our department, so DCMS played a significant role in building a fairer and more equal society.

We can’t be complacent

As I touched upon earlier, lately we have had cause to lower our flags in honour of lives lost to extremism, and to ideologies that seek to oppress the freedom and diversity we so value.

While this week we should celebrate how far we have come we should always be mindful that there’s still some way to go. Bigotry and prejudice persist and there still are people throughout our society who don’t respect the right of individuals to love who they want to love, and to enjoy the same freedoms that have long been available to the majority. Homophobia remains rife in sport, for instance, despite all the progress made elsewhere and that is something this department is seeking to address. 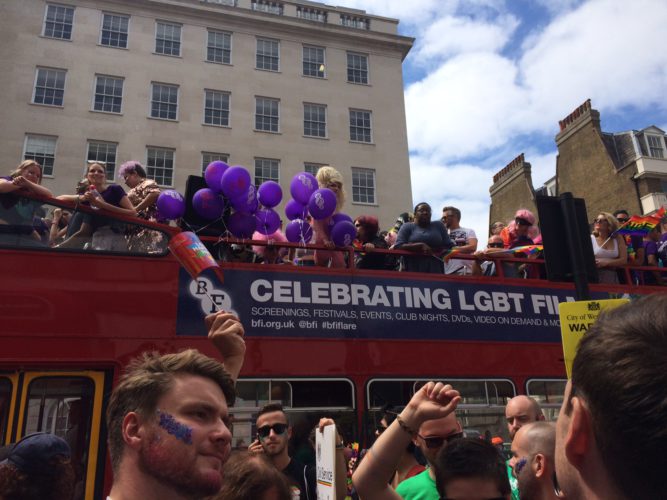 Still, all of us at DCMS should feel proud in LGBT Pride week, whether we are LGBT or whether we simply champion our friends’ and colleagues’ freedoms, because our department – like many of the sectors we represent – has a great track record on diversity and inclusion. So when you see the rainbow flag fly above our building, salute it and take pride.