Visual artist Lola Betiku shares what the Commonwealth means to her

My names Lola Betiku abbreviated LABET and I’m an east London based visual artist of West African descent. Born in the United Kingdom, my particular connection to the commonwealth derives through my heritage being from Nigeria, which stands 57 years as an independent country. 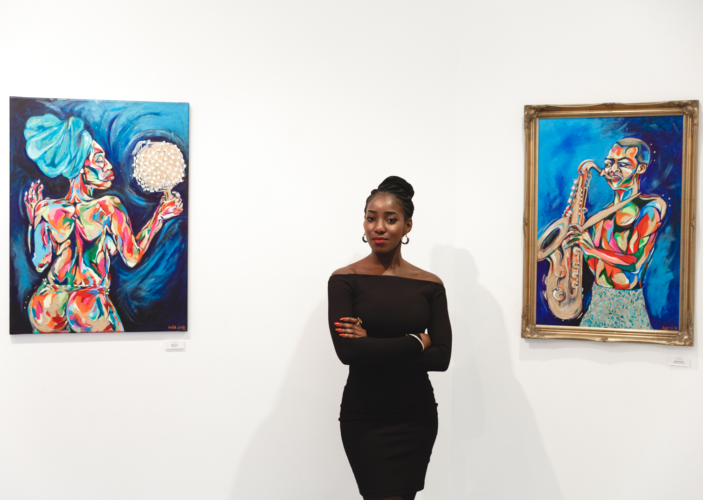 My style of work can be described as figurative, being heavily motivated by my cultural background through personal journals of discovery and observation. The subject of dual nationality and representation has always been one of interest to me growing up, particularly in a busy metropolitan city like London. It’s a great, diverse city to live in terms of the Diasporas community, as there’s a real sense of keeping a stronghold of one’s native background to keep grounded. With this, I like to work on visual ideas of ethnic pride and the opulence of identity with an emblematic focus on vibrant colour, pattern and texture.
My most recent and first solo exhibition in November 2017 titled ‘HiGHLiFE SOLDiERS’ featured my own personal exploration into West Africa’s golden era of music from the 60/70s in a retrospective view of the emotions and atmosphere created from the captivating sounds and rich narratives of Highlife music. This collection of paintings gradually came together as a celebration of my experience within my own Nigerian societal scene and personalities that follows on here in London and really just looking at life and the energy that comes from music that brings us together.

Tracing back to the routes of the music I was able to display an appreciation of this element culture at the source and also honour Nigerian musical legends such as Victor Olaiya and Fela Kuti. 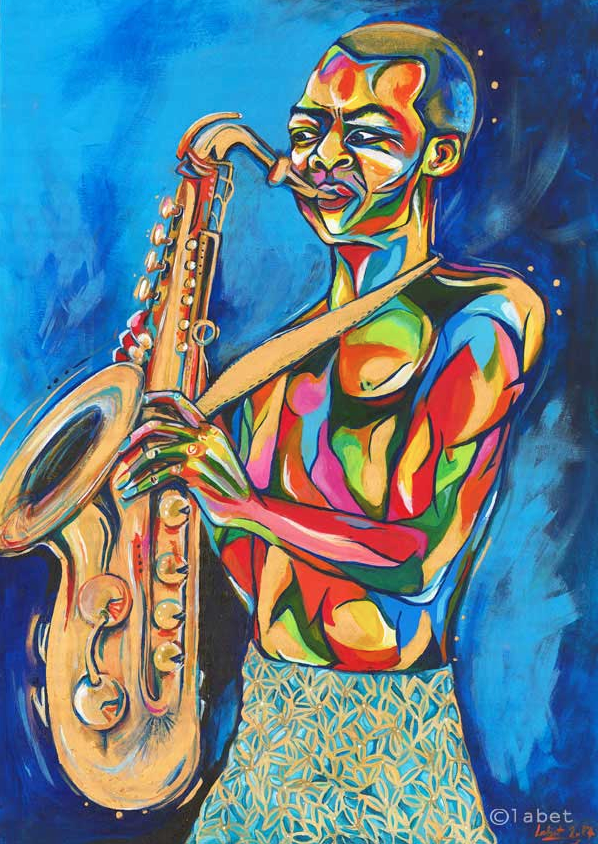 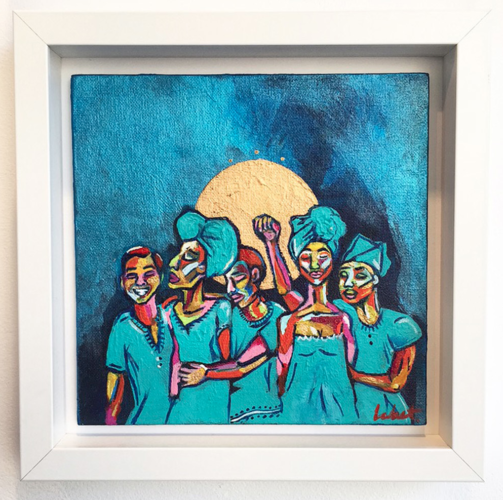 With Nigeria being a member of the Commonwealth, it’s images of the Commonwealth Games that instinctively come my mind in my personal reference as it draws back memories with my family watching it on TV.
Similar to the excitement of the Olympics, we used these televised events to bring together dawning festivities that connect and support in celebration of our talented brothers and sisters. With political complexities that are hard to ignore and while playing close attention to the nuances of Commonwealth agenda, it is to an extent the Games that, for me, symbolise inclusion and representation. In continuous conversations of the Diasporas experience, these times can be used to champion our origins and share our wealth of character, something that I enjoy exploring and elevating through my art. 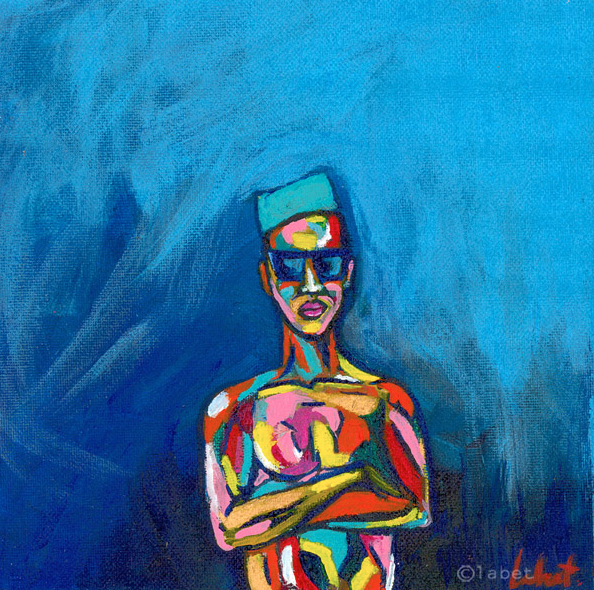 It is a passion of mine to pursue and prosper further in portraying the true opulence of what I understand my culture to be and where I am along my journey. Painting is my go-to form of expression through life as it plays out as sessions of self-exploration and meditation as well as means to create something beyond myself. I’m in love with all forms of Art and constantly in awe of how it can be used to creatively communicate all manners of dialogue and reveal unspoken emotion. Being inspired by various artists such as Picasso, Chris Offili, David Hockney, Kerry James Marshall and more contemporary artists such as Njideka Akunyili Crosby makes its great to be in such a creative hub such as London where I’m able to visit new shows and galleries on regular basis.