We must make the online world a safer place

Secretary of State for Digital, Culture, Media and Sport

For many of us social media is a feature of our lives that we cannot imagine being without.

For many more of us doing things online is becoming more common and we are likely to do even more online in the future.

It is worth remembering that the main reason online companies like Facebook and Google are so big and so successful is that so many of us use their services so much of the time.

Governments that try to hold back the tide of popular technology always fail and I don’t see it as our government or any government’s role to put online platforms out of business.

I do however think that it is the government’s job to ensure they are responsible businesses. That’s what they should want to be too. Their efforts depend on the users of their services spending more time online and those users will only do that it they feel safe there.

Protecting the most vulnerable

The development of the internet has been a transformative moment in human progress – a way to connect us in a way that has never been possible before.

It, and social media in particular, have brought us great advantages, but just as they have facilitated the best aspects of our nature, they have extended the reach of its worse features too.

Online harms, from bullying and harassment, to the promotion of self harm to child sexual exploitation and the glorification of terrorism are not new challenges to our society, but the use of the online world to deliver them gives those challenges a new dimension.

We all have a responsibility to do what we can to protect ourselves from those harms and especially to protect the most vulnerable.

You Gov has recently found that nearly half of children say that they are aware of social media by the age of seven, with a third saying they have seen or used it by that age.

Teenagers with great skills in using their smartphones do not necessarily have the psychological ones to cope with what they see on their screens.

The technological tide isn’t going out any time soon, but we can and we must make the online world a safer place.

That is the responsibility of government, of the online services and of all of us who use them. Those who argue that the time has come to set out and reinforce these responsibilities are right. 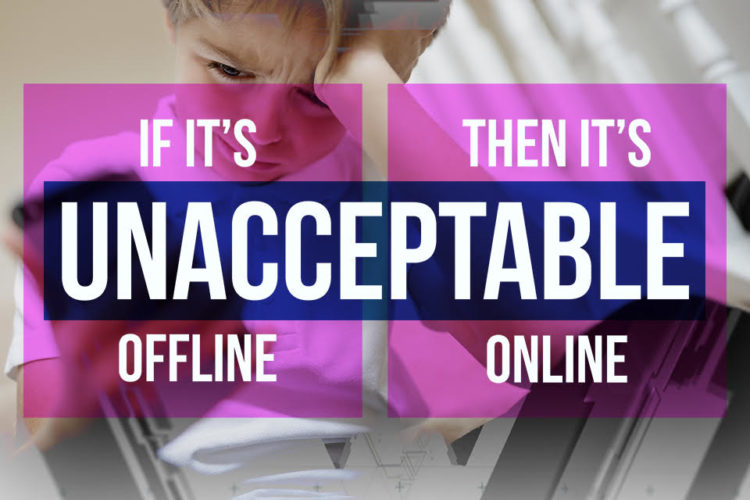 A White Paper to define responsibilities

In the coming weeks the government will produce a White Paper that does exactly that by defining the responsibilities of online companies, how those responsibilities should be met and what should happen if they are not.

This has been part of my discussions with the online companies I’ve been meeting with  this week in the United States, where many of them are based.

Our objective must be to design a system that allows innovation to continue and recognises that, fundamentally, the internet is a good thing, but which also responds to the legitimate expectation of its users that they can be kept as safe as possible. A world in which harms offline are controlled but the same harms online aren’t is not sustainable now, and becomes progressively less so as we live more of our lives online.

There are those who say that because the internet does not stop at national borders, action should only be taken when all nations can agree.

Some may even argue that we may gain some advantage from allowing others to act first. I reject both arguments.

Reasonable governments act to keep their citizens safe and this is a moment when the UK can show real global leadership. This challenge requires a combination of respect for innovation and respect for the rule of law.

Our country is known the world over for both. If we can get right our response to online harms, other countries facing the same challenge will look to our example.

We can no longer expect online companies to act voluntarily. As we leave the era of self-regulation, the UK can and should lead the way.