From Aylesbury to Tokyo: How a WWII Refugee Pioneered the Paralympic Games 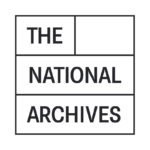 This blog was written by: Jenni Orme, Head of Collections, Engagement and Expertise at The National Archives and Katherine Gwyn, Community Outreach and Projects Archivist, Buckinghamshire Archives

The Paralympics are here! Once again we’ve been watching extraordinary feats on the field and triumphs on the track (and that’s not even mentioning the pool, velodrome or anywhere else that ParalympicsGB have been excelling!).

Where did it all begin?

But what are the origins of the Games? Many people are aware of the historic foundation of the Olympics, but fewer realise the fascinating development of the Paralympics, rooted in post-war Britain.

Until the middle of the 20th century, experiencing an injury to your spine was usually a slow and painful death sentence: not from these injuries, but from bed sores.  The wisdom that prevailed into the 1940s was to keep spinal patients as still and immobile as possible, resulting in progressively worse sores.

This was to change though.  Dr Ludwig Guttmann was a German neurologist who fled to Britain in 1939.  He was Jewish, and risked facing  Nazi persecution had he remained in Germany. 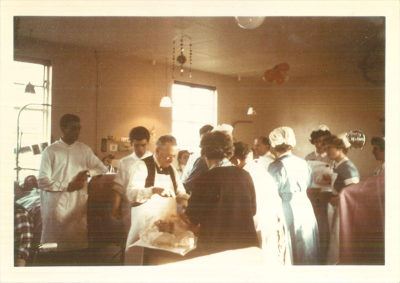 Pictured: Guttmann in the operating theatre during an event © Buckinghamshire Archives and the International Wheelchair and Amputee Sports Federation

Aware of his work with paraplegic patients in Poland and Germany before the war, the British Government and the RAF asked Guttmann to set up a specialist unit to treat airmen with spinal injuries.  Space was found at Stoke Mandeville Hospital, near Aylesbury, Buckinghamshire, and the Unit was opened in 1944, staffed by Guttmann himself, two nurses and eight orderlies.

Guttmann believed that physical movement was the key to rehabilitation; he put this into practice at Stoke Mandeville.  Patients were encouraged to participate in occupational therapies, including manual crafts, and of course, sport.  This was good for the body: the veterans could build-up muscle strength.  And it was good for the mind: patients could grow their confidence.  Archery, table tennis and wheelchair basketball were sports that you would be likely to see patients playing if you visited the Spinal Unit, even in its earliest years.

The natural progression of using sports as therapy was to hold competitions.  In 1948 Guttmann organised the first Stoke Mandeville games, where his patients competed with veterans from the Star and Garter home for ex-service men in Richmond, at archery.    This competition grew over the years, becoming international, and including more sports.  Guttmann was still heavily involved when the name ‘Paralympic Games’ was first used in Rome in 1960. 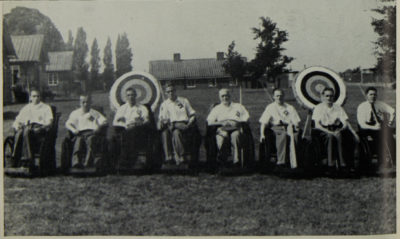 Pictured: The Games Star and Garter team at the first Stoke Mandeville Games, 1948 © Buckinghamshire Archives and the International Wheelchair and Amputee Sports Federation

In the run-up to the 2012 games in London, staff from Buckinghamshire Archives started working with the National Spinal Injuries Unit at Stoke Mandeville Hospital, and connected parasport organisations: Wheelpower: British Wheelchair Sport and the International Wheelchair and Amputee Sports Association, to review their archives, and capture the stories of Guttmann and his patients.  Out of this work the Mandeville Legacy website was created; it’s a great place to delve more deeply into this rich heritage.

At this time the National Paralympic Heritage Trust was founded; the Trust have taken the lead in collecting and preserving the internationally significant history for the Games.

If you want to hear more about these histories Buckinghamshire Archives has created two podcasts: