Good news for the Arts in the UK

Monday is an important day for the performing arts in the UK. Why? Because it is the day on which an important new tax relief for theatre production comes into effect.

Originally announced in the Autumn Statement nearly a year ago, it will provide an additional corporation tax deduction, or a payable tax credit, worth up to 25 per cent of qualifying expenditure for touring productions and 20 per cent for all other productions. 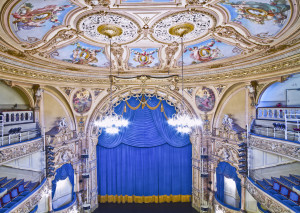 Getting great work out of London

And if, as may be the case, an understanding of the nuances of the corporation tax regime in this country is not your long suit, let me give you the bottom line. These changes should benefit around 250 production companies a year helping support plays, musicals, opera, ballet, dance and even circus productions. So, getting great work out of London and into the regions will be that bit less expensive. Equally well, successful productions that have grown out of regional companies will get a leg-up too, as more – and different – people get to see them.

We’ve become used to seeing fine stage productions broadcast ‘live’ into cinemas hundreds of miles away from where they are being staged. That’s an initiative that has turned out to be hugely popular with audiences, many of whom will have read rave reviews of productions but, up until the live transmission idea got off the ground, would have had no realistic chance of seeing what the fuss was all about. Or not without incurring great expense anyway.

This tax change takes things further. And when we put the two things together we end up with something which, in time, will enrich the cultural opportunities for everyone across the whole country.

This is terrific news for all the ‘cultural’ reasons I’ve just mentioned, but it’s also going to help make a valuable contribution to the economy.  That’s because the performing arts are not just exciting, entertaining, thought-provoking and capable – at their best – of moving us in profound ways; they also provide jobs and help grow local economies, as well as being a brilliant advert for what we in this country have to offer the rest of the world.

Don’t forget, the UK theatre sector is a key attraction for tourism with visiting tourists spending at least £856m a year on arts and culture.

So let’s say a thank you to those in The Treasury who have made this happen. It sits alongside tax reliefs to support the creative sectors, such as film, high-end TV and animation and shows, I think, that our support for the arts in this country amounts to more than just fine words.

One comment on “Good news for the Arts in the UK”