One very rewarding, aspect of the work that’s been done to mark the First World War Centenary is the sheer range of historical oddities that come to the surface as you start to look into it.  I don’t mean ‘oddities’ in any negative or derogatory way, I should stress; rather, I’m thinking of the surprising historical stories that have come to light.

Our Ambassador in Chile, Fiona Clouder, recently sent a report back to the Foreign Office which provides a good example. ‘It is little known that over 2000 men of British descent – the ‘West Coast Boys’ – from the Pacific Coast of South America, took an active part in World War I. Most were from Chile, with some from Peru, Bolivia and Ecuador. As part of WWI commemorations the Embassy will try to ensure the contribution of these men is better known. ..The West boys, the best boys, the boys of grit and nerve, The boys so free from the Southern Sea, they come, their King to serve…’ She continues: ‘The West Coast of South America was probably one of the furthest distant from the hostilities on land, but volunteers came forward from the British communities  – 1704 from Chile, 155 from Peru, 65 from Bolivia and 1 from Ecuador, plus 122 from West Coast families who joined up in England.  At least 245 were killed. Many of these young men were born in South America, and had never set foot on British territory, but gave up their employment and volunteered to join the British forces.’ 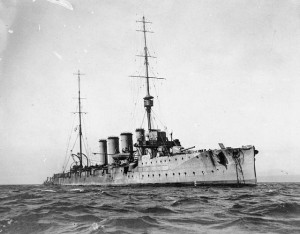 Just as remarkable, I think, as the numbers who volunteered to take part in a conflict taking place thousands of miles away, is what else they did. Our Ambassador takes up the story: ‘A large amount of money was also donated by the  British in South America for the war effort, £150k (£15m at today’s prices) from Valparaiso alone, and a total of over £355k (£36m today) from the West Coast, including Chile, Peru and Bolivia. Much of the fundraising came from The British Women’s Patriotic League of Valparaiso, who ran what today would be the equivalent of the GREAT campaign.

‘They ran a series of bazaars, famous for their themed stalls, housed in reproductions of quaint or famous and historic buildings, in the grounds of the Grand Hotel in Vina del Mar. The 1915 Bazaar was a ‘Garden Fair and Fete’; 1916 ‘An Olde English Village Faire’, 1917 ‘The Shakespearean City’ and ‘The Victory Bazaar’ in 1918.  Various funds were set up to contribute to the war effort. These included The British  Patriotic Fund, to fund travel to Europe; Lady Robert’s field glass fund to obtain the gift or loan of private field glasses; the Fresh Fruit and Cigarette Fund, to supply visiting warships; the Valparaiso Bandage Fund, which rolled 66 532 bandages; the Glove and Waistcoat Society, to provide items for soldiers and sailors.’

I’m quoting this dispatch at some length for two reasons.  Firstly because Fiona Clouder paints such a vivid picture of how life must have been led in South America at that time: I’m intrigued by ‘Lady Robert’s field glass fund’ for example, and I’m sure I won’t be the only one to marvel at the incredible 66,532 bandages rolled in Valparaiso. But secondly, I think it makes the point that it really was a ‘World War’ and that, while it’s understandable that we focus a lot on the Western Front, the ripples spread far wider.  An early naval battle in the FWW took place off the coast of Chile just three months after we had declared war on Germany, for example, with 1,400 British fatalities.  A month later and the victorious German fleet was destroyed at the Battle of the Falkland Islands.  I hope these stories get a wider circulation as we progress through the four years of the centenary.