In his first guest blog for DCMS, Lord Bates looks forward to his 1,000 mile walk from London to Berlin to commemorate the First World War.

It’s only a few hours to go before I set off on my 1,000 mile walk from London to Berlin and so much remains to be done. The fact that so many things are left to the last minute is a reflection of my basic belief that planning is much over-rated and can often delay useful activity. Rule number one: Don’t try and plan every last thing in advance, just get going and figure it out on the way.

One decision I couldn’t delay was the need footwear. I debated for some time with a helpful assistant in Blacks whether I should go for boots or shoes. I opted for boots, not just because they were in the summer sale, but for the extra ankle support. Although I know from previous walks that in the heat, boots will increase the likelihood of blisters. Like most decisions it is a trade-off. 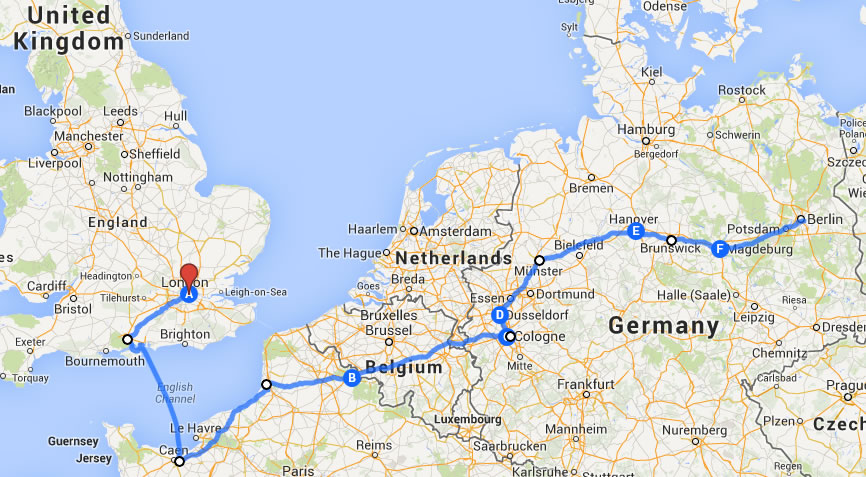 My wife Xuelin who provides all my logistical support for the walk has been hard at work with a web-developer to get our website ready, which you can visit at www.walkforpeace.eu The website will be critical for raising funds for Friedendorf International the German charity which provides emergency medical care for child victims of war and for whom we are seeking to raise funds through the walk.

The most enlightening meeting of the week was at the DCMS where I met with Jennie Shaw and Verity Hambrook-Skinner who opened my eyes to the possibilities for promoting the walk through social media with apps like Storify, Tripline and Instagram and Verity even came up with the hashtag #walk4peace. With all the Tweeting, Facebooking and other apps I realised that I would need to invest in some battery back-up for my iPhone which would probably be fully drained by 10am each day.

Over the past week I have been re-reading some of the many books on the events of exactly one hundred years ago. I have no doubt that if any of the actors in that terrible scene of history knew what the horrific consequences would have resulted from their actions then they would have stepped back from the brink. They didn’t, and so Europe charged lemming-like over the cliff taking much of the rest of the world with them. The high art of diplomacy and politics must surely be that of extinguishing sparks of conflict before they are allowed to conflagrate.

A weekend with my extended family in Bleasby was to provide one of the most poignant moments of reflection as we attended a Commemoration Service for the outbreak of WWI at St Mary’s Church in the village. It is similar to thousands of such Commemorations which will take place over this next week and one of those later today at Westminster Abbey will be the start of my walk to Berlin. As part of the service we gathered around the war memorial to plant small crosses to remember those who had lost their lives on all sides and none in WWI as the ‘Lights going out across Europe’. 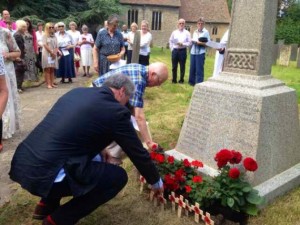