Today marks the start of the 58th annual BFI London Film Festival (LFF) and it is a fantastic opportunity to celebrate our thriving UK film industry.

The film business is big business in our capital city. With huge films such as Night at the Museum: Secret of the Tomb,Frankenstein and Paddington recently being shot in London and classics such as The Italian Job (1969) and A Clockwork Orange (1971) still pulling in viewers today, London is a major player on the industry’s global stage.

But this isn’t just a London phenomena. Northern Ireland has become a popular location – Game Of Thrones, probably the biggest drama series in the world right now, was made here and so was Dracula Untold and High-Rise. Warner Brothers chose to film Tarzan in North Wales while Disney’s Alice Through the Looking Glass is filming around the UK including Gloucester. 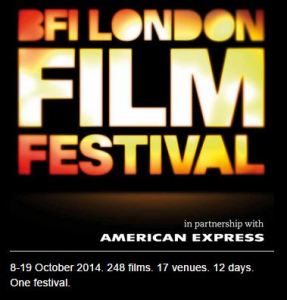 Making it even easier

The fact is the UK is becoming an increasingly attractive venue for filmmakers. I’m delighted, but not surprised, to see figures showing that in total the UK spend for film so far this year is in excess of £750m – with more than £600m coming from inward investment. This marks a significant improvement on last year.

This success is of course down to the hard work, dedication and sheer talent of those who work in the industry. But Government has also intervened and created the perfect environment for the industry to flourish.

We’ve launched popular initiatives like tax relief and the removal of onerous planning red tape. Filmmakers from around the world are flocking to this country and London in particular. Our message is being heard – the UK is the best place to make film. 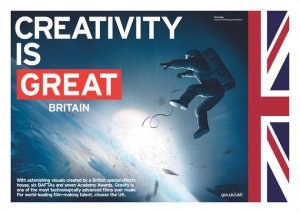 London is now competing only with New York and LA. It’s one of the world’s busiest cities for filming and the number of jobs and the amount of investment being poured in to our capital proves it’s booming.

Film London, revealed in their latest figures that the film industry supports almost 90,000 jobs in the capital, and directly generates approximately 33,000 full time jobs in London. This is an incredible figure and something that should certainly be celebrated.

The figures also show that London annually records around 18,000 filming days. Currently the city is playing host to the crews working on a number of films, including the action packed Mission Impossible V and the romantic comedy Miss You Already.

There were more feature films shot in London in 2013 than ever before, and 2014 is shaping up to be another bumper year. I certainly look forward to watching some of the excellent films that we will soon be seeing coming out of the capital.

Over the last three years, the BFI London Film Festival (LFF) has seen substantial growth in ticket sales, showing that we all continue to enjoy the escapism of film and that our appetite is stronger than ever. With this in mind, I would encourage you all to take the opportunity to book a film via the LFF website whilst you still can, buy yourself some popcorn and celebrate the fantastic talent the UK film industry has to offer.