The history of the video game is not straightforward. Some say the earliest game that broadly fits the description was something inspired by radar displays used during World War II. Patent applied for in 1947, it had a selection of knobs which allowed the player to adjust the curve and speed of a moving point representing a missile. The ‘target’ for each missile was drawn onto an overlay which was laid on the tube. History does not record whether zombies, robots or soldiers with an overdeveloped degree of athleticism when it comes to jumping off the rooftops of buildings were part of the game, but I rather doubt it.

Others insist that this modest beginning was, in fact, something of a red herring. The un-named missile-fired-at-drawing-of-target being a ‘computer game’ and not a video game at all; and that those video games we know and play today started life in the mid-60s.

Whatever the truth about the past, though, one thing is undoubtedly true about the present. Video games are very big business indeed and the UK is a big player in a highly competitive market. According to Creative Skillset the UK games sector generates £2bn in global sales and contributes almost £1bn to national GDP, with UK games studios employing over 9,200 creative staff and indirectly supporting more than 16,800 jobs. Many video games companies are based outside London and the skills used in developing video games are transferable to a number of different industries, including animation, commercials and post-production, in particular CGI and VFX. 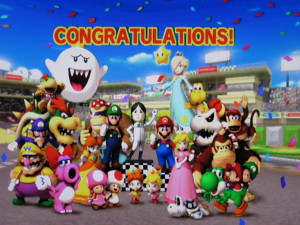 So it was good to go along to the BFI’s Video Games day on Wednesday to see how this industry is viewing the future, and how they are reacting to the things we’ve done in government to help them do even better. I should say at this point that it’s particularly good – and significant, I think – that it was the BFI hosting this event. Without labouring the point, it makes it clear to everyone involved that video games are more than simply a UK industry making a solid contribution to the national bottom-line ( not that there’s anything wrong with that, I should swiftly add).

No, the BFI’s involvement recognises the creativity and cultural value to be found in the games. At their best – and we have no shortage of companies producing the best – they are engrossing and inspiring adventures that can have a profound visual and emotive impact on us. 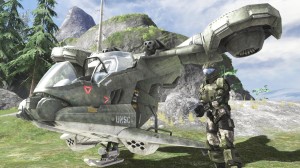 Another thing the BFI bring to the industry is the experience and credibility to administer the ‘cultural test’ which determines whether a game can qualify for tax relief. This week’s conference saw them announcing that 13 video games projects have now received interim certification, with one having got all the way through to final certification, the first step in getting the tax relief we introduced this year.

This sort of tax relief is important. The animation tax relief we introduced in 2013 was transformative in turning the tide for the UK industry, doubling investment in animation production. The video game industry can benefit in the same way – the creative industries are far more nimble than other areas of the economy when it comes to choosing and moving to a location to do business. It isn’t all about tax, of course, but it’s an important factor.

The Government’s plan for long-term economic growth depends upon making businesses that have a choice where they settle, choosing to settle in the UK. The video games industry has voted with its feet, and I for one can’t wait to see what this amazing British industry comes up with next.

See a video from Video Games Day on the DCMS You Tube Channel.