Tonight I will be one of 200 guests at a reception attending the British Paralympic Association’s 25th anniversary party. It will be a special occasion for me as CEO but I am a newcomer compared to many there, for whom the past quarter century of commitment to the Paralympics has resulted in much of the substantial change and extraordinary opportunity we see today.

The BPA formed in 1989, to become one of the first National Paralympic Committees to join the newly created International Paralympic Committee (IPC). This moment marked a shift in the development of the Paralympic movement. From its birth at Stoke Mandeville in 1948, through the first official Games in Rome in 1960, a lot of its organisation both internationally and in the UK had been disability-led. 1989 was the pivot around which the Games themselves, and the organisations structured to deliver them, became more focused on sport. It is a focus that remains in place today, with the recognition that the Paralympic movement is primarily a celebration and exhibition of world class elite sport, for disabled people.

Some of the aspirations those involved then held have not changed.   From the outset the BPA sought to be athlete-focused in all its activity, and to ensure that Great Britain is properly represented and positively involved on and off the field of play. Our primary role – to select, prepare and manage the British team at the summer and winter Paralympic Games – remains. 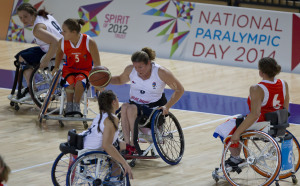 In other areas the change has been incredible. The Games themselves have grown beyond recognition. Whilst the British team numbers have always been impressively high – we took 209 athletes to our first Games as the BPA in Barcelona 1992 compared to a high of 300 in London – the number of nations competing has doubled from 83 in Barcelona to 164 in London.

And with that increase in international competition has come a consequent and growing depth and standard of competition. The BPA heads into Rio defending a very proud record of only once finishing outside the top three of the medal table at every summer Games since 1989. Not many British teams can claim such a sustained record of success. But it is one that we will come under increased pressure as our traditional international competitors are joined by the likes of Brazil, a fast growing Paralympic powerhouse, in the hunt for medals.

Domestically the change has been significant too. There’s no comparison today to the financial opportunity that the BPA faced in 1989. Then there was no National Lottery, no meaningful government funding or support, almost no commercial interest – with the very honourable exception of BT who were the founding partner of the BPA, and remain a valued sponsor today. The media paid almost no attention, which made the front pages achieved during London 2012 resonate all the more for those who can remember former times.

I am delighted to say that one such person – Caz Walton – will be among those lauded tonight. Already a highly successful Paralympian in her own right, having picked up the first of 10 gold medals as far back as Tokyo 1964, Caz become employee number one through the door as she was seconded from her job in BT to work in offices that they provided in Croydon.

The BPA core staff now numbers 30, and I am proud to say that Caz is still one of them, with her expertise and experience invaluable to our classification work in particular. Every single one of us is focused on delivering the BPA’s strategic priority to be best prepared for the Games environment, whilst providing the opportunity to achieve our wider vision of “through sport, inspire a better world for disabled people.”

London 2012 provided an incredible boost to our ambition and opportunity, which has led to the introduction of additional activity such as National Paralympic Day and SportsFest, which aim to use the inspirational power of athletes to create opportunities for disabled people to get into sport, and to challenge perceptions of disability that many non-disabled people still hold.

That focus is relentless and the momentum from London provides a great platform for the next quarter century as we seek to play our part in the establishment of the Paralympic movement as a truly global force. But as the BPA’s Chairman Tim Reddish invites everyone to raise a glass tonight, many thoughts will also turn back to 1989 and the start of it all for the BPA. And many people in the room will rightly take a moment to reflect personally on the part that they have played.