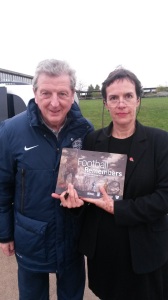 “Here we were, laughing and chatting to men who only a few hours before we were trying to kill!  Some of our men even left the trench to play football.”

It’s a simple idea: take the Premier League’s existing under 12s Christmas Truce tournament as a starting point, and create a mass participation opportunity for schools to mark the Christmas Truce.

The British Council and the Premier League have a long-established partnership through the Premier Skills project and their team welcomed the idea.  A resource pack would sit at the heart of the project to provide schools with material to study the Christmas Truce, and for an agreed window in December 2014 schools would be invited to play football.

It wasn’t long before the Premier League contacted us to suggest that we widen the partnership.  Would the British Council be interested in working with the Football Association and the Football League?  This may be the first time every level of English football has worked together.  It’s a unique opportunity to reach out to football fans across England – including the FA’s 29,000 community clubs – and, with the following of the Premier League, the world.  The answer: YES.

Intriguing and inspiring the truce is a story of courage and humanity which has deep within it the elusive possibility that some of the British and German soldiers played football together in no man’s land.

It’s well-known that historians disagree about whether football was played, and so we decided to go back to the original sources and enable schools and young people to make up their own minds.  Find out more at Schools Online.

For the British Council, this is a powerful illustration of our values: the power of people-to-people contact, an international experience which involved all four home nations, and as well as the European armies we all know, thousands of Indian troops, even the importance of language-learning.  It was the ultimate inter-cultural encounter.

The pack is available to download from the British Council’s schools online website and was sent in hardcopy to every school in May 2014.  The FA’s President, HRH the Duke of Cambridge, wrote in support of the project and joined a judges panel with Theo Walcott to select a memorial design for the National Memorial Arboretum. 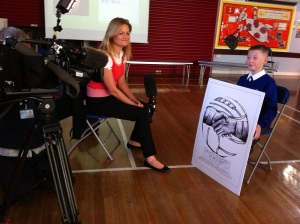 Ten year old Spencer from Farne Primary won the Football Remembers design competition. His memorial to the Christmas Truce will be dedicated on 12 December 2014 at the National Memorial Arboretum.

An irony, or perhaps a simple truth: in 1914 the British government recognised the power of football to motivate the nation.  The Football Association responded and wrote to all players encouraging them to sign up.  If they volunteered, their fans would volunteer.

We have tapped into the same vein, the power of football to inspire and engage young people, this time, creating an opportunity for learning and remembrance.

What is Football Remembers? Mark the Christmas Truce of 1914 by playing a game of football between 5-14 December 2014.  Take a photo of the two teams standing together and load onto Instagram or twitter #FootballRemembers saying who you are and where you are to be part of a special photo tribute at FootballRemembers.com

Everyone can take part from primary schools to the Premier League.