As CEO of UK Music, the task of writing this blog is made easier by the quantifiable success of music and the British creative industries. I write of this sweet smell, a scent that other sectors chase in vain. Our performance, as we look back on the latest figures, shows a nation punching way above its weight.

DCMS figures show that in 2013 the creative economy accounted for 1 in every 12 UK jobs. The figures show that British creative industries grew by 10 per cent from 2012 to 2013. The Gross Added Value of the Creative Industries was £77bn in 2013 accounting for an all-time high for the sector amounting to 5 per cent of the UK economy

Between 2011 and 2012 the value of service exports from the Creative Industries increased by 11.3 per cent. This compares with an increase of 2.8 per cent for total UK service exports.

These figures are astounding. Every creative business or trade body must use them especially when talking to educators about investment in future skills. 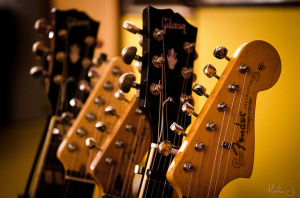 For growth, for the future health of our economy, the creative industries are a key that policy makers must keep turning. Digitisation and the extension from domestic to global markets has allowed for a huge increase in the volume of trade. Add that to the unique British talent for creativity, and you have a rare and probably unique domestic and global export story.

If we were ever once regarded as fluffy, from now on that should be “Fluffy” the large, vicious, three-headed dog who was once cared for by Hagrid from Harry Potter.

For music, the story is obvious. Music-fans all over the world have watched, listened and loved UK acts like Ed Sheeran, Paulo Nutini and Sam Smith. The top-ten bestselling UK albums of 2014 were all from UK acts. For the first time.

UK Music estimates that, in 2013, music contributed over £3.8bn to the UK’s GVA. Our export strength is far higher than average because what we produce has very high global demand. We realised exports of £2.2bn last year out of a total GVA of £3.8bn. Much of that came from performances and tours, but also from music publishing which feeds a global music business.

Music, the Harry Potter “Fluffy” version, has bite. It also gives our nation huge amounts of soft power. British music opens doors and offers a non-language based diplomacy to the many Ambassadors and Government officials doing business overseas. 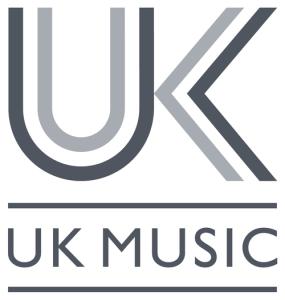 The export story of music is immense and the opportunities to grow are unlimited. However, to expand sales to countries like Mexico and Argentina, for us to take advantage of the Chinese market, the British Government needs to help us. The Government must help establish conditions in those markets which allow us to exploit our works. Yes, it’s very popular. Yes, it’s probably consumed in vast quantities. But is there an actual market from which those who invest in the business can see returns?

The UKTI Sector Advisory Group, chaired by Minister Ed Vaizey MP and Tim Davie, Chief Executive Officer of BBC Worldwide, is working on just that. They, and the team at UKTI, are working hard to establish optimal export conditions for the creative industries abroad. These latest DCMS figures are exactly what UKTI and the GREAT campaign need to express the power of British creativity to new and emerging markets.

The DCMS figures should act as an incentive for the Intellectual Property Office to prioritise IP policies that deliver stable and strong copyright frameworks. It is only with these in place that we can efficiently monetise intangible digital goods in Europe, in the USA and globally.

As we start a new year, we do so knowing the British creative sector is strong at a time of austerity and growing at a time of stagnation. Just think what we could do with every condition in the right place? Should the stars align, should Ministers in charge do the right thing, should we continue to produce the best creative talent it will be our sector that defines this country in the 21st Century, economically as well as culturally.