Chief Executive of The Wolfson Foundation

As the Wolfson Foundation approaches its 60th anniversary, Chief Executive Paul Ramsbottom reflects on the support the foundation has provided museums and galleries across the country.

The grants, jointly funded by the Department for Culture, Media and Sport and the Wolfson Foundation, are designed to fund renovation and improvement projects in museums and galleries, to increase access and enhance the display of exhibits.

The Wolfson Foundation celebrates its 60th anniversary this year. It is a charity that funds widely across the UK within the broad themes of art & humanities, education, science & medicine and health & disability. Over the years, about £1.25 billion in real terms has been allocated to thousands of projects, large and small. 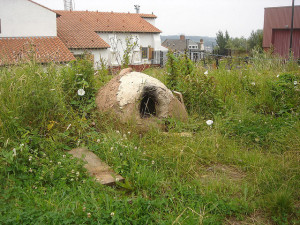 The Foundation’s overarching aim is to support excellence in British society – particularly in underfunded areas – and the DCMS/Wolfson Fund sits neatly within the Foundation’s wider strategy. The Fund emphasises access to outstanding, designated collections in England’s museums and galleries. It focusses on a key area – refurbishment work – relatively neglected by funders (and perhaps even viewed as unglamorous). And it is a Fund that recognises that the glory of the country’s collections is not limited to the larger, national museums – but spread across the country. Funding has reached from Porthcurno Telegraph Museum in the South West to Segedunum Roman Fort in the North East.

Since 2002 the Fund has awarded some £38 million to 346 projects. Examples of funding in the latest round,announced today, include some fascinating and exciting projects: a display on the Vikings at Tullie House in Carlisle and the opening up of the Flamsteed Apartments in Greenwich’s Royal Observatory (to name just two). Previous awards have had transformative effects. For example, Preston’s Harris Museum and Art Gallery used the Fund to redisplay their remarkable Scent Bottle Collection: 2,748 historic bottles – a riot of colour and theme – underpinned by striking stories. Alongside the wonderful display the museum now runs ‘scent bottle tours’, including children’s tours on a treasure hunt theme. 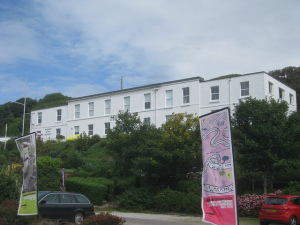 There are a number of factors that have made DCMS/Wolfson a success, but at its heart lies the close and effective working relationship between Wolfson and DCMS. This is particularly reflected in the joint expert panel, providing high quality advice, to whom we are very grateful.

A recent assessment exercise illustrated the successes of the Fund. Perhaps too often as foundations we define ourselves in opposition to government. The example of the DCMS/Wolfson Fund demonstrates that, while charitable foundations will always prize their independence, opportunities also exist for close and fruitful partnership with central government.

See all 25 museums that have benefitted from the latest DCMS/Wolfson Foundation funding in our Google Map.