HMS M.33: an incredible story of survival from Gallipoli

On 7th August, the only ship to survive from the 1915 Gallipoli campaign, HMS M.33, will open to the public for the first time following a major National Lottery funded restoration. The Heritage Lottery Fund invested almost £2 million in the project and the Fund’s Chair Sir Peter Luff, talks about his personal connection to the ship and why it’s so important that she, her crew and the Battle is remembered 100 years on. 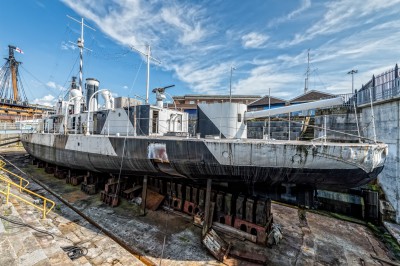 As a nation, we’re just one year into the Centenary of the First World War and I’ve been struck by the sheer number of people who have so far engaged with this important anniversary.

Of course, there was the iconic Blood Swept Lands and Seas of Red installation which drew crowds in excess of 5 million people to the Tower of London last year.  The National Lottery funded First World War Galleries at the newly refurbished Imperial War Museum London opened in the summer 2014 and has welcomed tens of thousands of visitors since.

In fact, thanks to National Lottery players, HLF has been able to invest more than £70million into over 1,200 projects exploring the First World War – large and small. They range from major museum projects like the IWM London and the Tank Museum in Dorset right through to community projects exploring the impact of the war on local people.

I’m incredibly proud of them all but none are quite as personal to me as the restoration of HMS M.33.  That’s because my father, who was born in 1894, landed at Suvla Bay in August 1915 under the covering fire she offered.

Fighting with the Berkshire Yeomanry, my father Tom and his two brothers, Edmund and Henry, went on to take part in the battle for Scimitar Hill two weeks later. His Turkish opponents in that battle were led by Mustafa Kemal, the future Ataturk, himself. 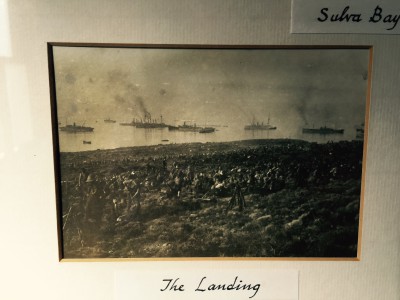 Recently I went there and saw the graveyard where their many comrades from the Yeomanry lie.  I have a photograph of my father and his brothers after the battle and I have photographs of the landing. Perhaps one of the ships silhouetted in those photographs is the so-called lucky ship, HMS M.33.

So you will understand my particular gratitude to the National Lottery players who have made her restoration possible.  I hope they will visit her and take pride in their contribution to the restoration of what is a remarkable ship.

From this weekend, HMS M33 will begin a new chapter. Open to the public for the first time, visitors will have an opportunity to explore her incredible story of perseverance, endeavour and bravery, a story that perhaps encapsulates the war in its entirety.

Visitors to HMS M.33 will also get a chance to learn more about the Gallipoli campaign, from all sides of the conflict and its lasting legacy in redrawing the map of the Middle East and the formation of independent Turkey.

HMS M.33 will also stand as a lasting legacy of the Centenary and permanent memorial to all those who served, died and were injured at Gallipoli whilst helping future generations understand this important part of the ‘war to end all wars’.

HMS M33 has been restored by the National Museum of the Royal Navy, Portsmouth Historic Dockyard

Sir Peter’s blog is the first in a series looking at how the National Lottery is helping communities across the UK explore the Centenary of the First World War. HLF has made a further £4million available through its community grants programme First World War: then and now. Find out how you can get involved.