The aim of our project funded by the Heritage Lottery Fund’s programme First World War: Then and Now was to deliver an intergenerational project with the community of Brierfield and Nelson and students from a local School – Marsden Heights Community College. 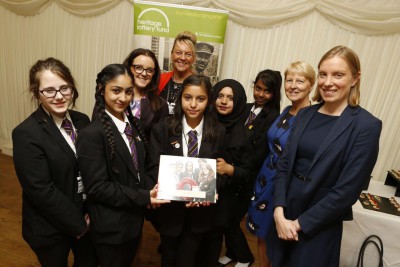 We wanted to get young people to research their family connections and the local community’s links to WW1 to better understand the impact the war had on our culture, families and community.  In particular, we wanted to raise awareness of the local Asian community’s links with WW1 and the many sacrifices they made for the war effort.  We also worked alongside the Royal British Legion and the local Mosque to recruit new young members and help them with the Poppy Appeal.

Our visits to the battlefields in France and Belgium shocked the students, and brought home the reality of the thousands of people who lost their lives at the different battlefields. We had the honour of witnessing the Last Post at Menin Gate and laid a wreath to remember the Indian Army Troops. 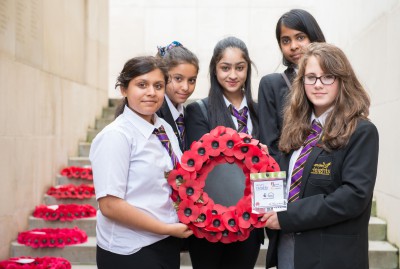 A key element of this project was understanding our local community’s links to the First World War.  While on our visit to the Tyne Cot Cemetery in Ypres, one of the students, Lois, was able to trace back to her Great, Great Uncle who fought in the First World War and she found his name on the wall of remembrance at the cemetery. 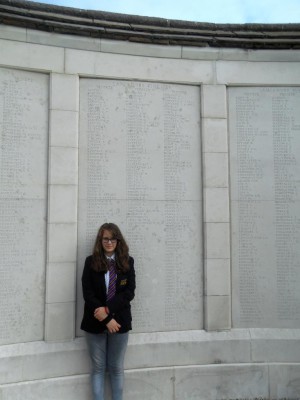 Through the local Mosque, the students were able to meet members of the community whose father and Great Grandfather served in the First World War and hear their family stories. 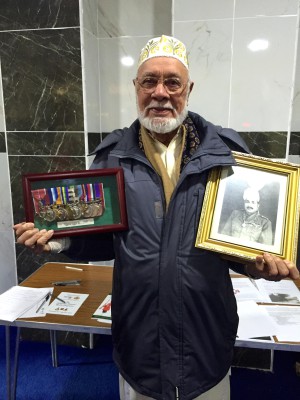 Throughout the project we have built new relationships between the local Mosques and Royal British Legion, through multiple events and visits, including commemoration events. Through this project, we have increased the understanding within the community about the important contribution the Indian Army Troops and the local students’ ancestors made to WW1.

The students now have a better understanding of the significance of the cenotaph and why we lay wreaths and poppies to honour their memory.  This project has helped the students to not only learn about the First World War on the Western Front, but how it impacted their local community here in Brierfield and Nelson.

This blog is a part of a series looking at how the National Lottery is helping communities across the UK explore the Centenary of the First World War. HLF has made a further £4million available through its community grants programme First World War: then and now. Find out how you can get involved.