Team GB – the country is right behind you!

As you read this it’s likely that I’ll be in the air on the way back from Rio and ready to cheer on Team GB from home.

It has been an excellent trip where I have managed to see and hear first hand how record government and National Lottery investment has helped our top athletes prepare for what is some of the biggest moments in their sporting lives. I know that Team GB are all hugely appreciative of the support they receive back home. 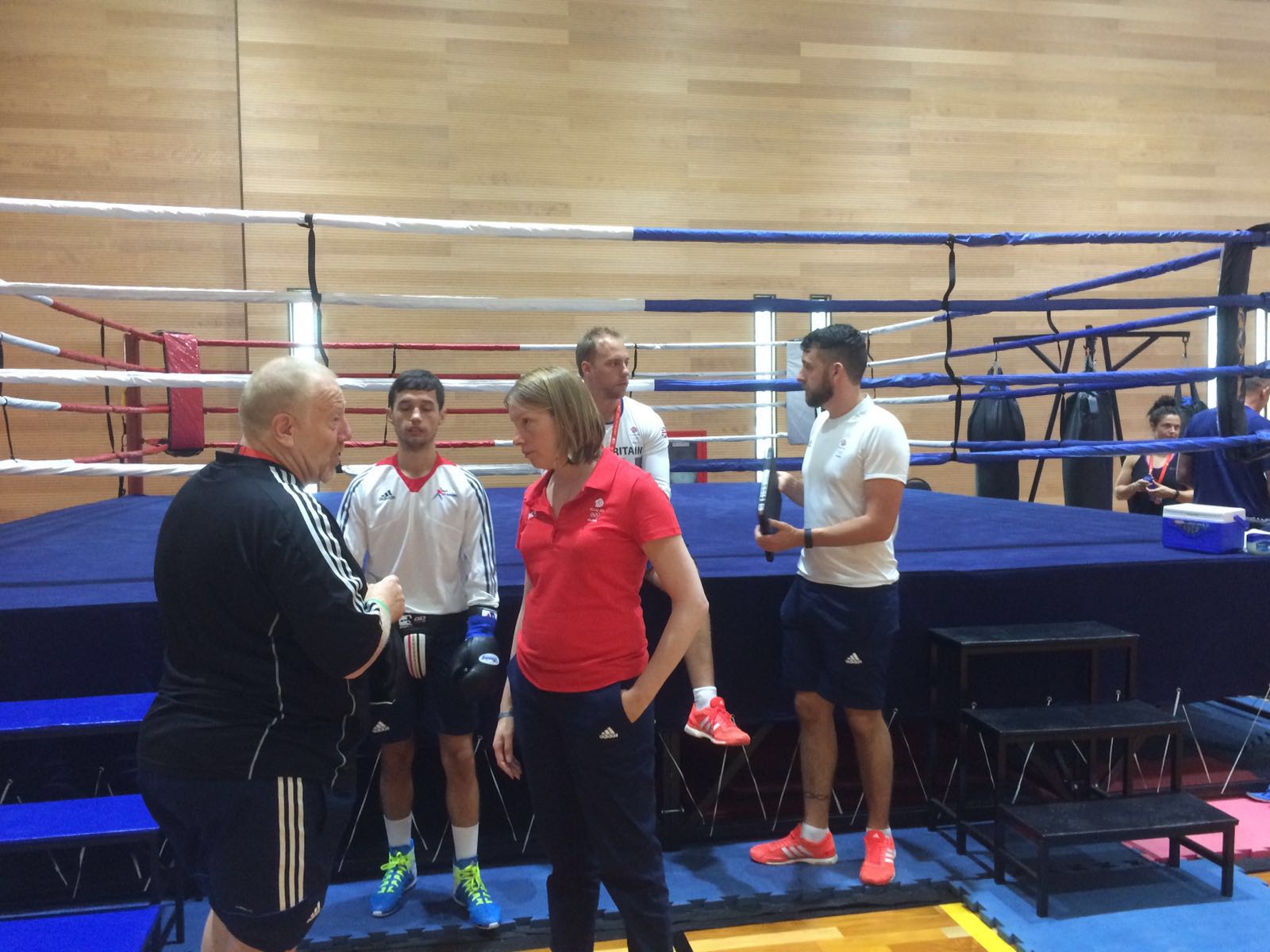 On Monday I spent the morning meeting some of Team GB’s boxers during training at the British School in Barra, not far from the Olympic Park. This venue has been transformed into a place where not only training takes place but performances can be analysed using the latest technologies. It’s also somewhere close to the action where Team GB members can meet their nearest and dearest.

The families and friends of Team GB all play an important role in supporting the athletes closest to them, and it’s right that the British Olympic Association ensure they are also well looked after during the Games.

On Monday evening I had the opportunity to  watch the men’s gymnastics team in the Rio Olympic Arena. Having met the team last Autumn in Glasgow at the World Championships (where they won a silver in the team event), I know how talented these lads are. The quintet of Max Whitlock, Nile Wilson, Brinn Bevan, Kristian Thomas and Louis Smith performed superbly. The standard of competition was unbelievable and so close between the leading teams. 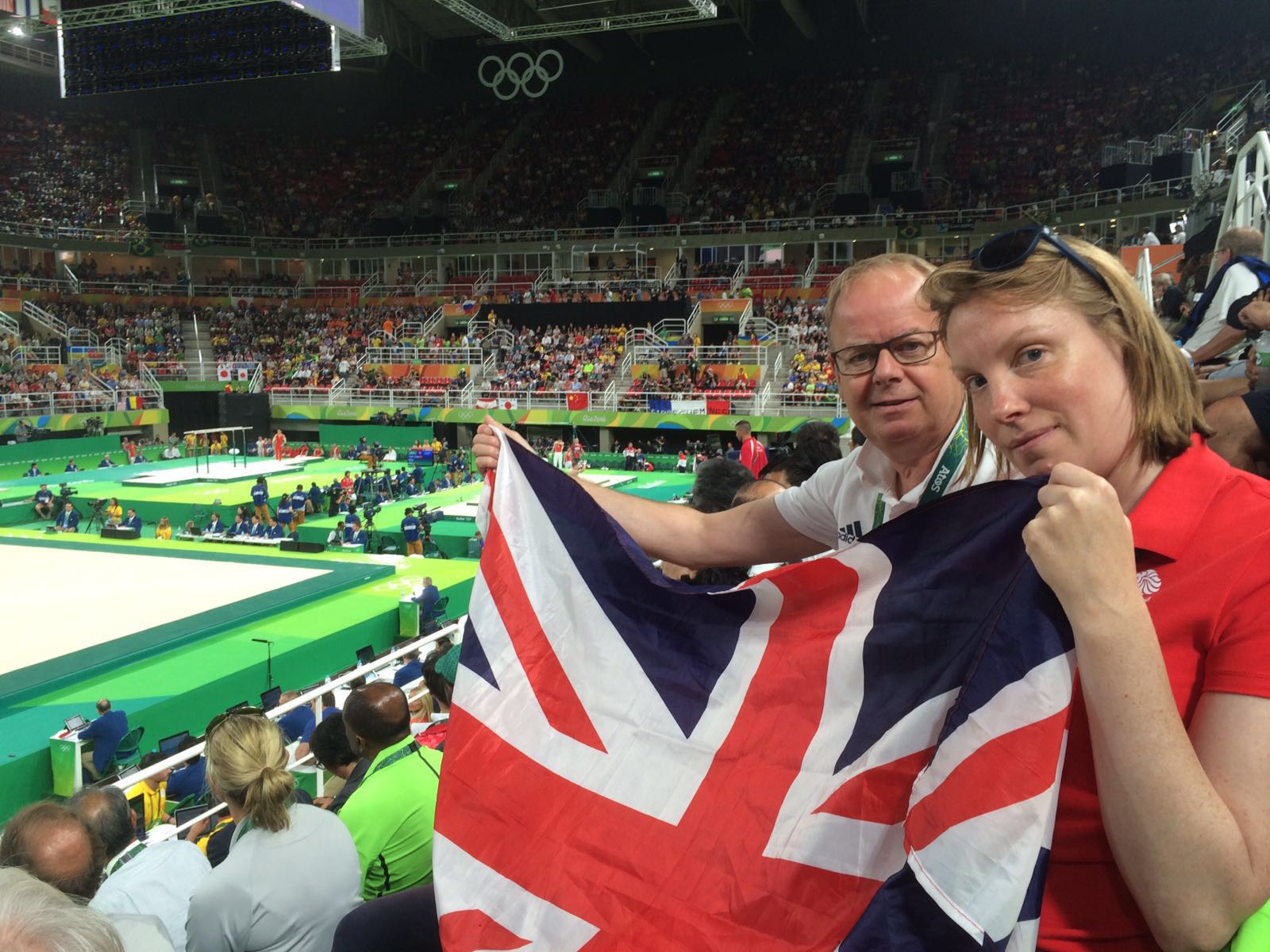 As news came through from the synchro-diving that Tom Daley and Daniel Goodfellow had won a brilliant bronze, I was keeping my fingers crossed that our gymnasts could follow suit and make the podium. However an amazing late surge from the Chinese team just squeezed them out. Fourth is a tough place to finish being in touching distance of a medal, however I hope the boys are buoyed by their performances in the team event and take that on into the individual competitions later in the Games.

On Tuesday morning it was down to the Lagoa Rodrigo de Freitas for the semi-final stages of the rowing. It is a stunning location that has Christ the Redeemer looking down from the Corcovado mountain. All were happy that after the delay to the competition due to high winds at the weekend, it was now in full swing. Team GB has been historically strong in rowing but it was still a huge relief to see a number of our crews qualifying for their respective finals and we’ll be hoping for some medal success on the lake. It was great to meet my Norwegian counterpart by the water, enjoying a bit of friendly rivalry with both our teams competing in the double sculls semi-finals. Both got through safely to the final so the rivalry continues! 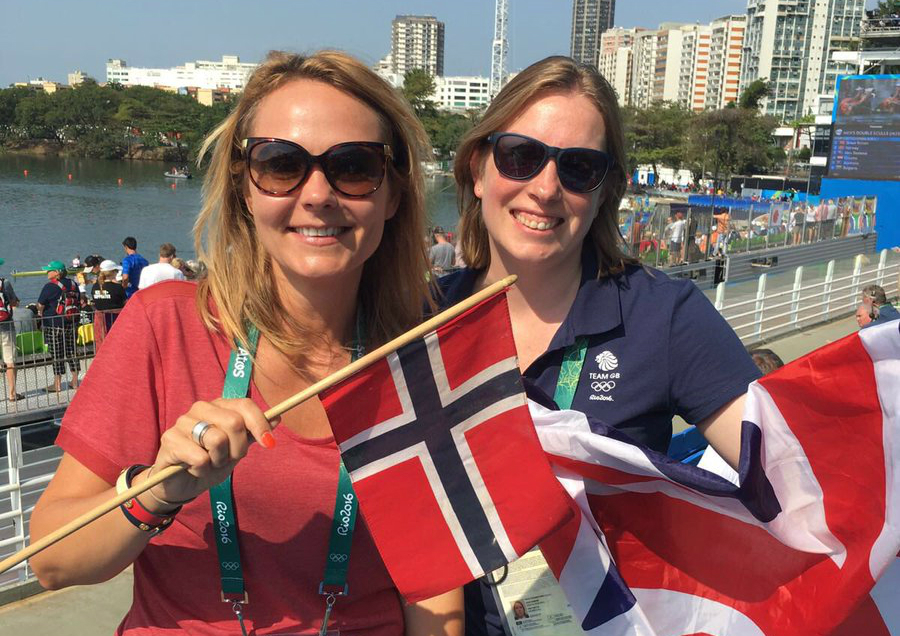 It was great to see Andy Murray continue his excellent form in the early stages of the singles with a great atmosphere in the tennis arena and, as I write this, we have Johanna Konta through too and ready to team up with Jamie Murray in the mixed doubles.

Sometimes people question tennis players commitment to the Olympics, given the four grand slams that dominate the calendar, but I don’t think that is fair at all. Team GB have got their strongest tennis team here and you only had to see World Number 1 Novak Djokovic exit the arena in tears on Sunday night, after his defeat to Argentina’s Del Potro that highlighted how much representing their country at the Olympics means to these incredible athletes.

On Tuesday afternoon it was a change of scenery and time for whitewater action as David Florence competed in the canoe slalom C1 semi and then final. The technical control as well as both mental and physical strength needed to get to the top in this sport is something else. They make it look effortless though. Unfortunately David ended up out of the medals but hopefully will bounce back in his remaining C2 competition in Rio.

Inspiring the next generation

After a good start to the Games, I am hoping that the medal momentum continues for Team GB over the next ten days and that Rio 2016 continues to excite and inspire many people back home.

The brilliant thing about the Olympics is how it showcases so many different sports that we don’t see too often in the media. And the Games can certainly help some of the smaller sports grow, reaching new audiences and gaining new participants.  So if there is a sport that you’re enjoying watching at Rio 2016 don’t hold back, do a bit of research and see how you can get out there and give it a go.

What is certainly evident during my time in Brazil is the huge passion that the country has for sport. I am looking forward to returning there next month for the Paralympic Games to support ParalympicsGB and further promote Britain in this important market.

We of course share Brazil’s passion for sport in Britain and I, for one, am so proud of how our athletes are representing us in Rio.

Team GB – the country is right behind you!