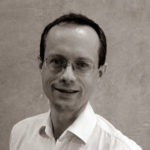 Big Society Capital was set up with the promise of £425 million from dormant bank accounts and £200 million from our four bank shareholders. Our mission is to improve people’s lives in the UK through investment.

It is the frontline organisations that deliver such impact, so far more than 1,200 of them, and the fund managers we back who invest in and support them. Our role is to try to change systems to allow more capital to flow to those social purpose organisations.

While £625 million a lot of money, it is a tiny drop in the ocean of what would be needed to make serious change on even one of the social issues that we care about. Therefore, we have always been focused on using our money in a way that supports the development of a system that brings in far more capital beyond what we have. So far co-investment alongside us totals £1.3 billion.

We were also set up with the explicit mission of growing new markets, and we are delighted with the progress made in doing that over the eight years of our existence.

As our recent Impact Report highlights, social property funds, which scarcely existed as a specific asset when we were set up in 2012, now have some £2 billion under management. Venture funds with a social mission have grown from 3 to 28 over the same period, of which we have invested in 11. And the charity bond market, supporting organisations such as the Thera Trust and Golden Lane Housing, has grown from £5.4 million in 2012 to £337 million last year.

Attracting large co-investments and building new markets to scale is fantastic, but only worthwhile if we ensure that the benefits reach all parts of the UK and people from all communities and all backgrounds.

We are starting to see success in this respect too. For example, in our small loans portfolio, 50% are in the 30% most deprived neighbourhoods in England. And the Fair by Design Fund estimates that it has reduced the “poverty premium” (the additional costs faced by people on low income) by over £11 million so far.

The Dormant Assets Scheme has also provided a vital lifeline for many organisations during the pandemic, with many social enterprises and charities facing unprecedented challenges right at the time when they are most needed.

By working with DCMS, the Social Investment Business, and a range of social investors, we established the £25 million Resilience and Recovery Loan Fund which has now provided emergency loans to over 50 organisations totalling £16 million. This demonstrates the continued importance, relevance and success of the Dormant Assets Scheme and we have high hopes for incredible things that further dormant assets can achieve.